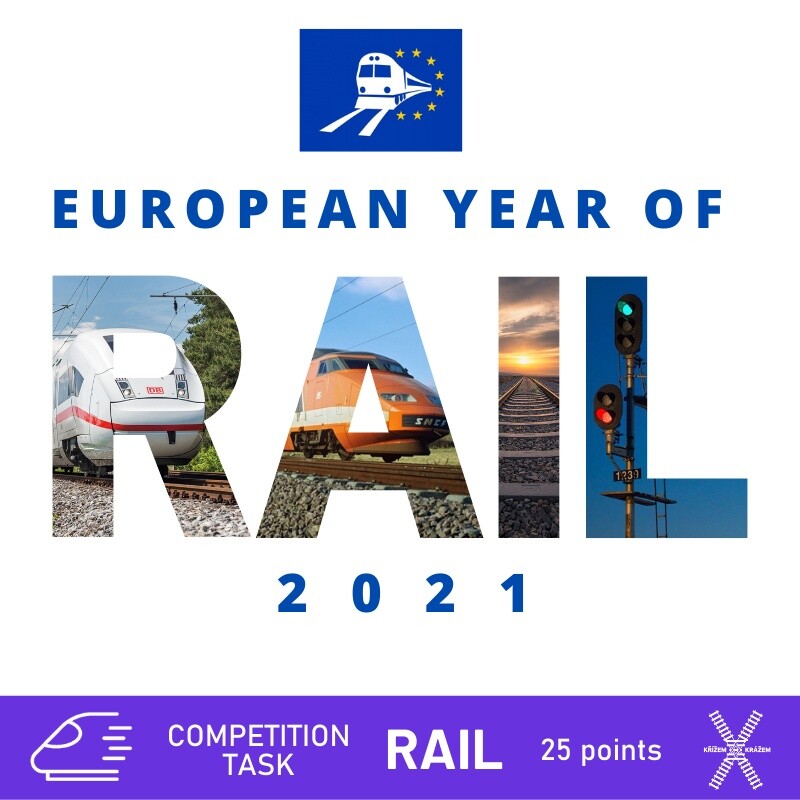 Krizem Krazem is the biggest railway travel event in the Czech Republic, around 500 – 700 people in 100 teams take part every year. The event is a 24-hour long competition, where teams receive points for traveled distance by train, visited bonus places and completed tasks. It is primarily intended for scouts, students, families and railway fans. The event is organized by a scout group and is completely non-profit.

The best experience was having fun in the night train – about 100 people in one railroad car – meeting other people, talking, playing board games, performing competitive tasks together, playing guitar and singing – Anna

I enjoyed solving puzzles and ciphers and then going to a secret place or a mountain, tasks were also fun. Sometimes it was a challenge – for example, swimming in cold water in a pond – Martina

It was very difficult to plan the winning route – to combine the train journey, bonus places, visit of cultural attractions and competition tasks – fortunately all train connections in the stations were provided despite the delays. Our journey started a few minutes after midnight by boarding the EuroNight train, during the whole day we took 18 trains, traveled 1243 km and in total we gained over 2100 points – Jaroslav 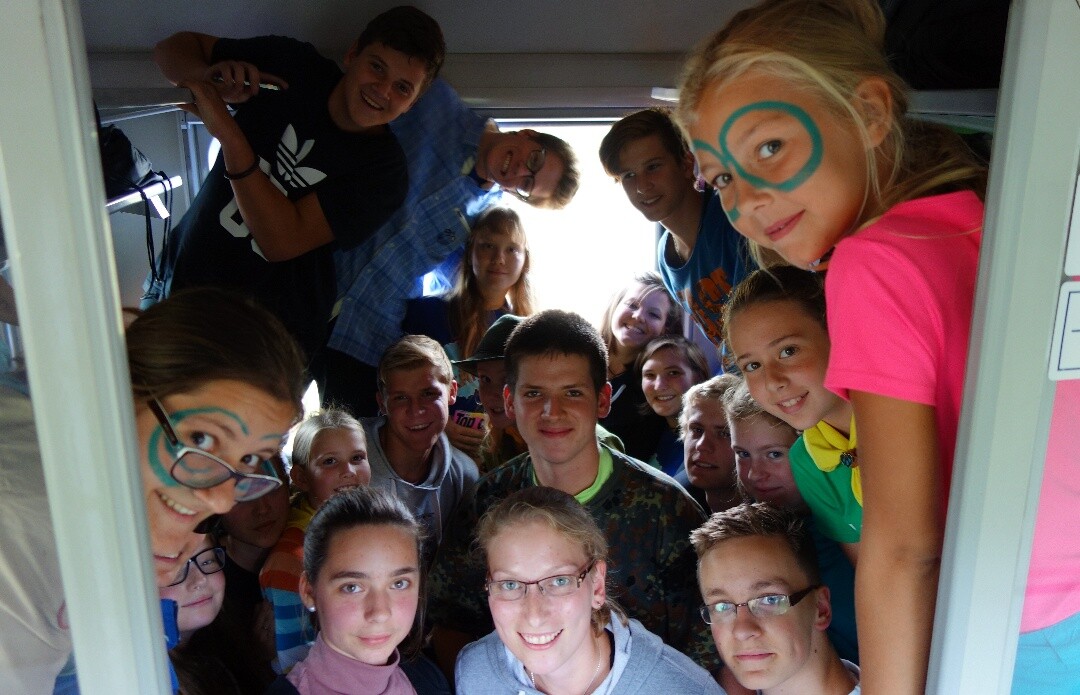 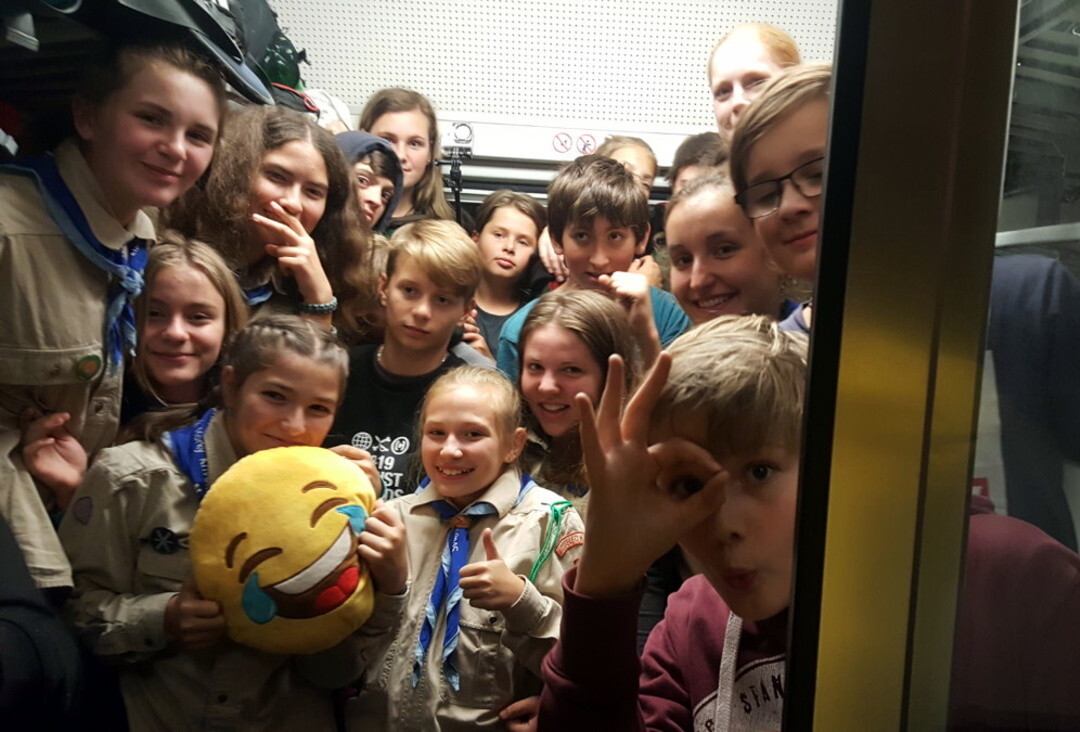 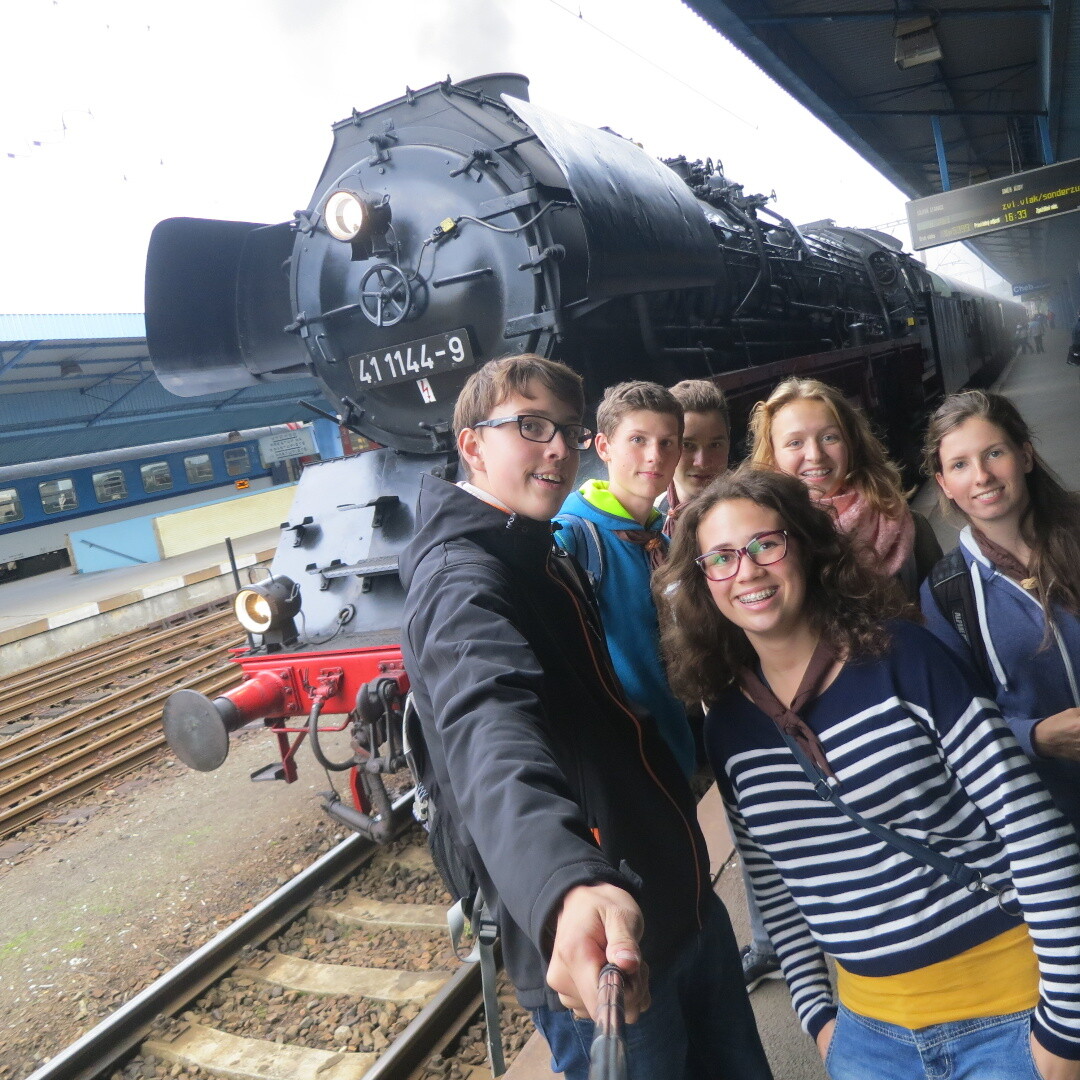 ⇓One of the special tasks for the European Year of Rail – each team was assigned one letter from the word “RAIL”. The goal was to find the remaining teams and compose this word ⇓ 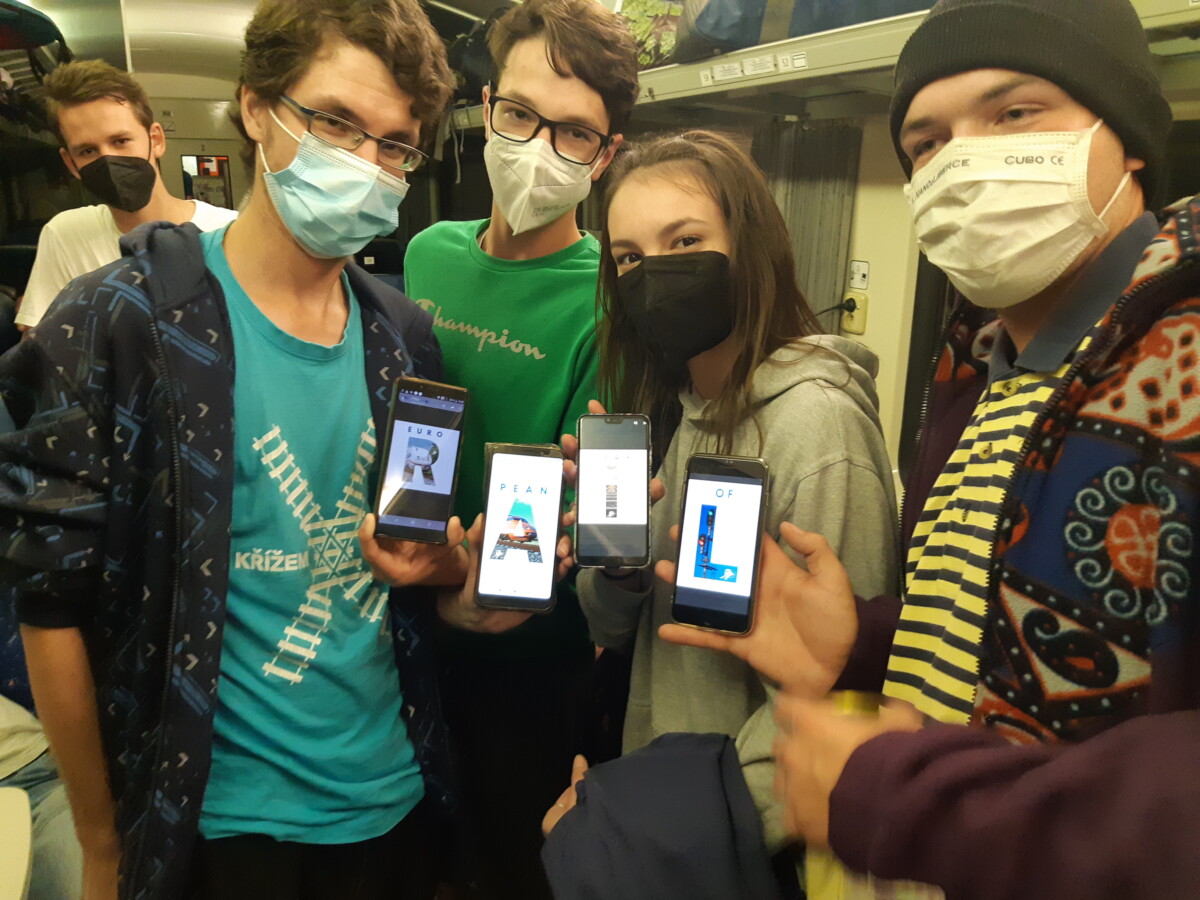 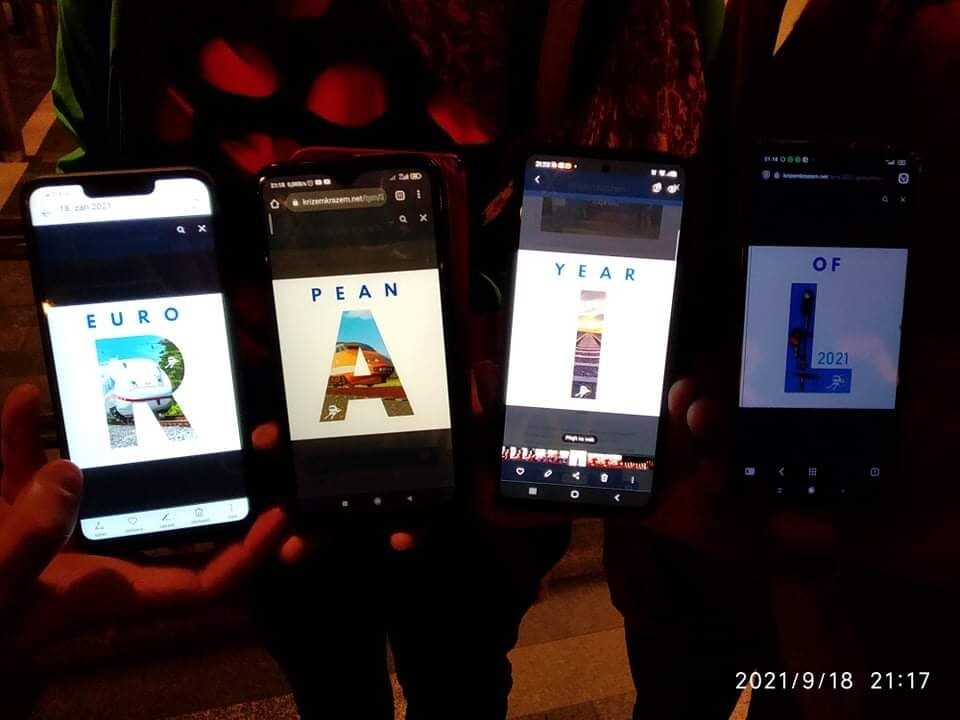 ⇓ One of the interesting places – Karlovy Vary (Karlsbad) ⇓ 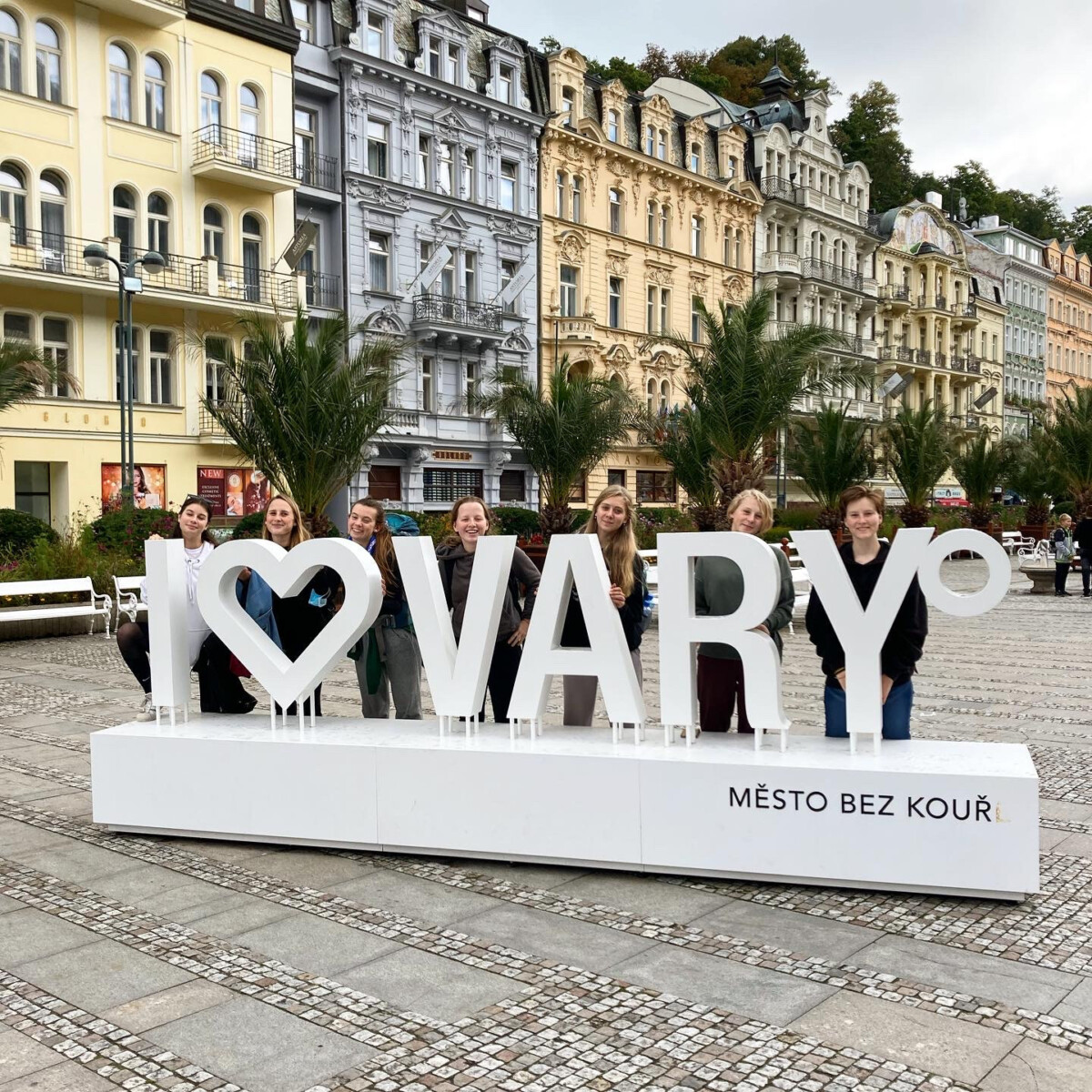 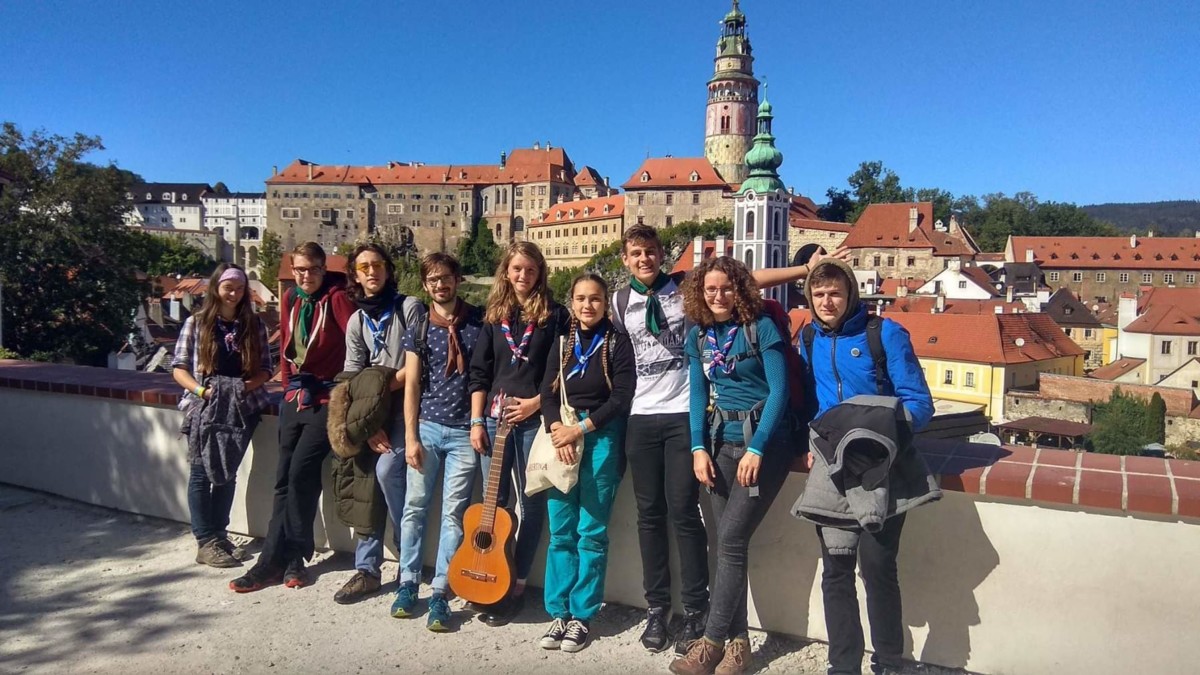 ⇓ On the top of the mountain (bonus place for extra points) ⇓ 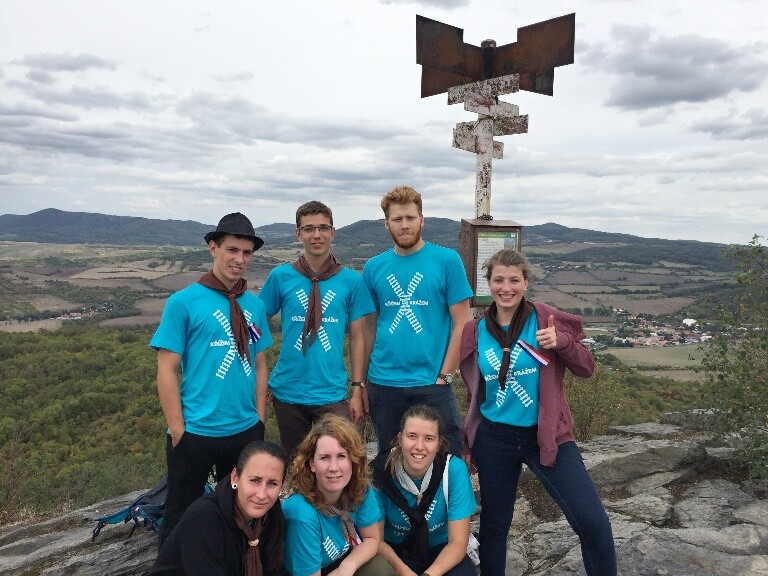 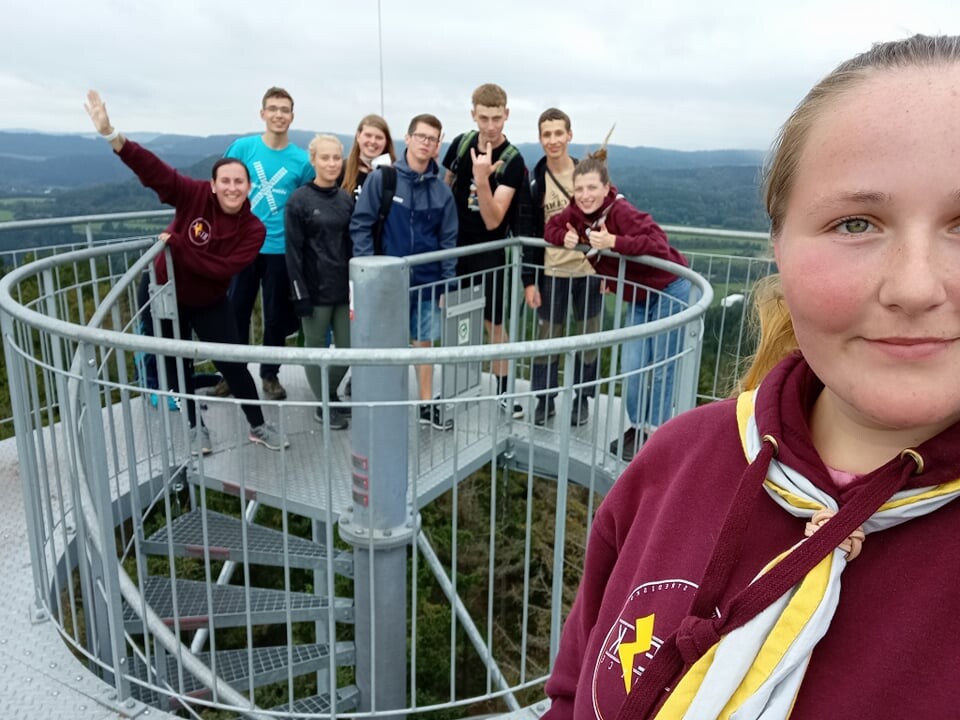 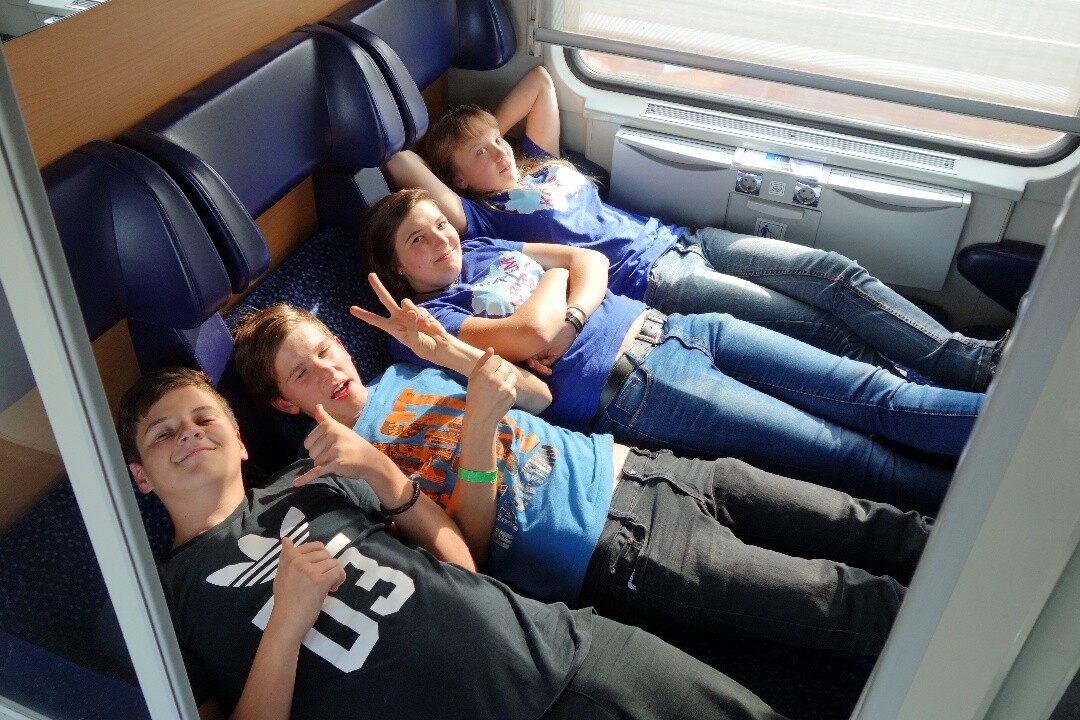 ⇓ Challenge – swimming in a cold water ⇓ 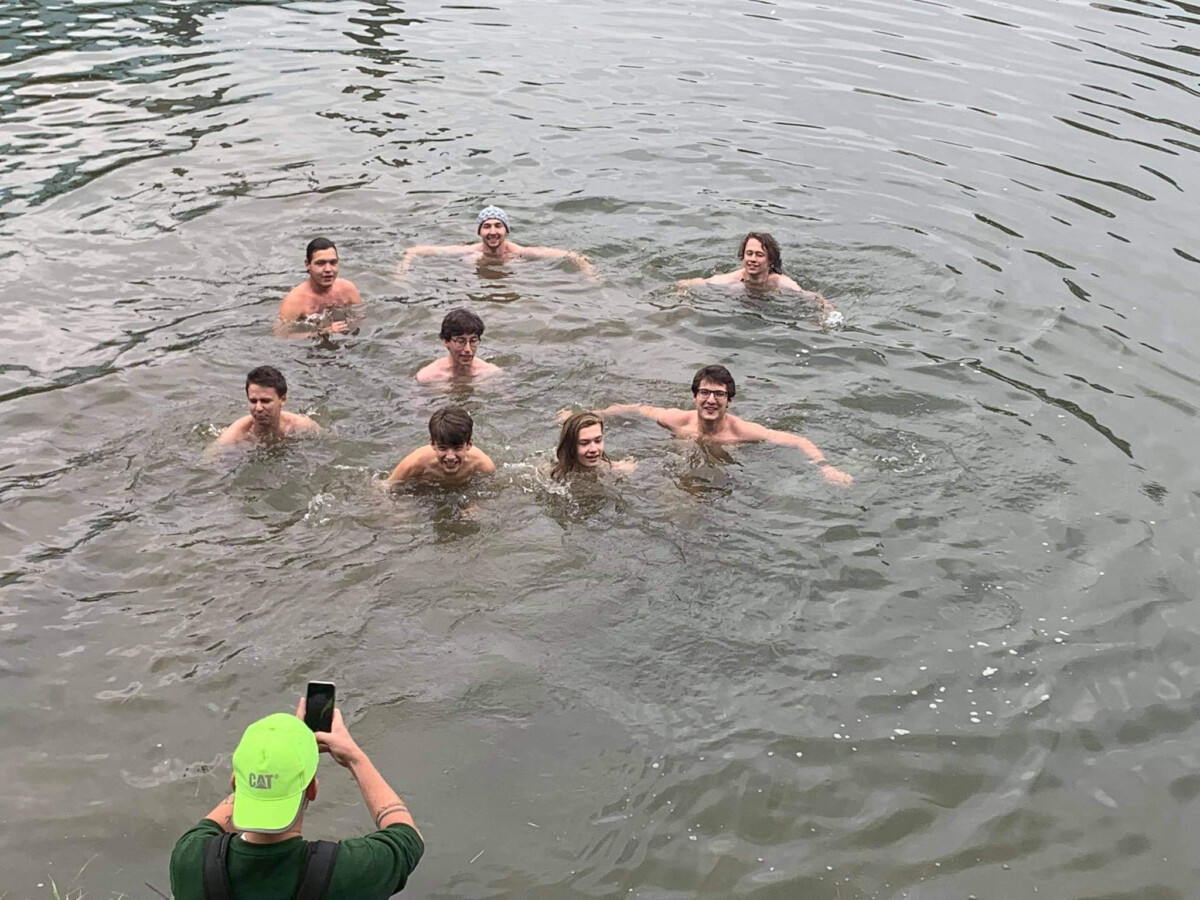 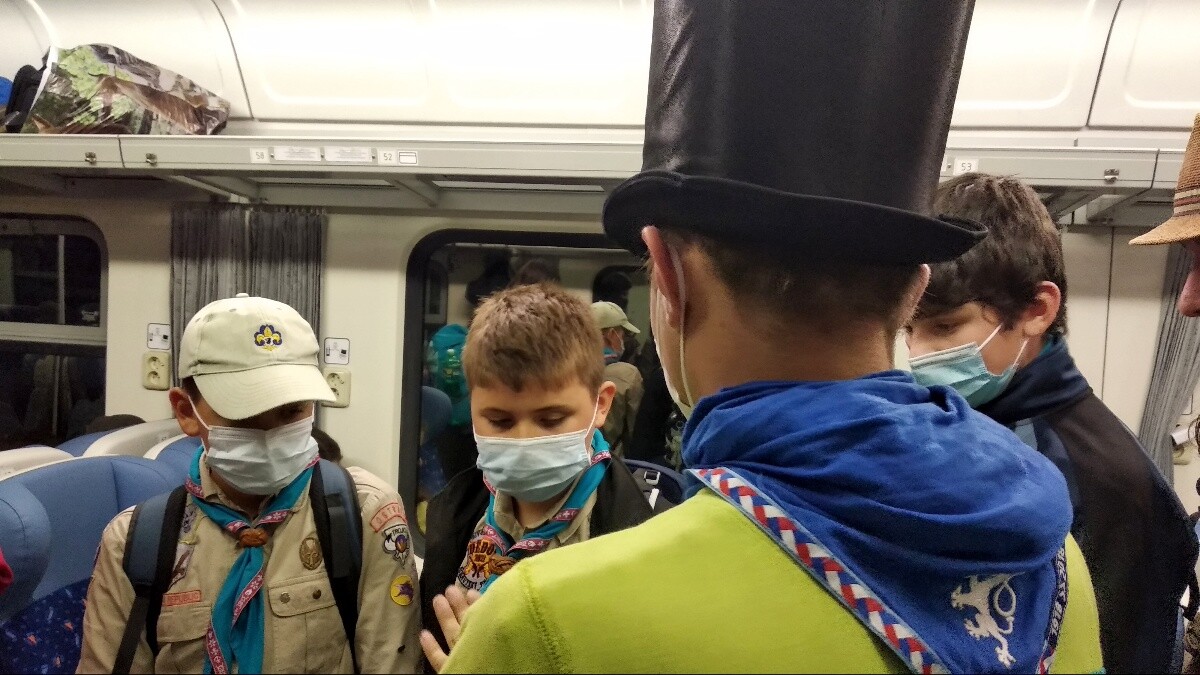 ⇓ The event is primarily intended for scouts, students, families and railway fans. The event is organized by a scout group and is completely non-profit. ⇓ 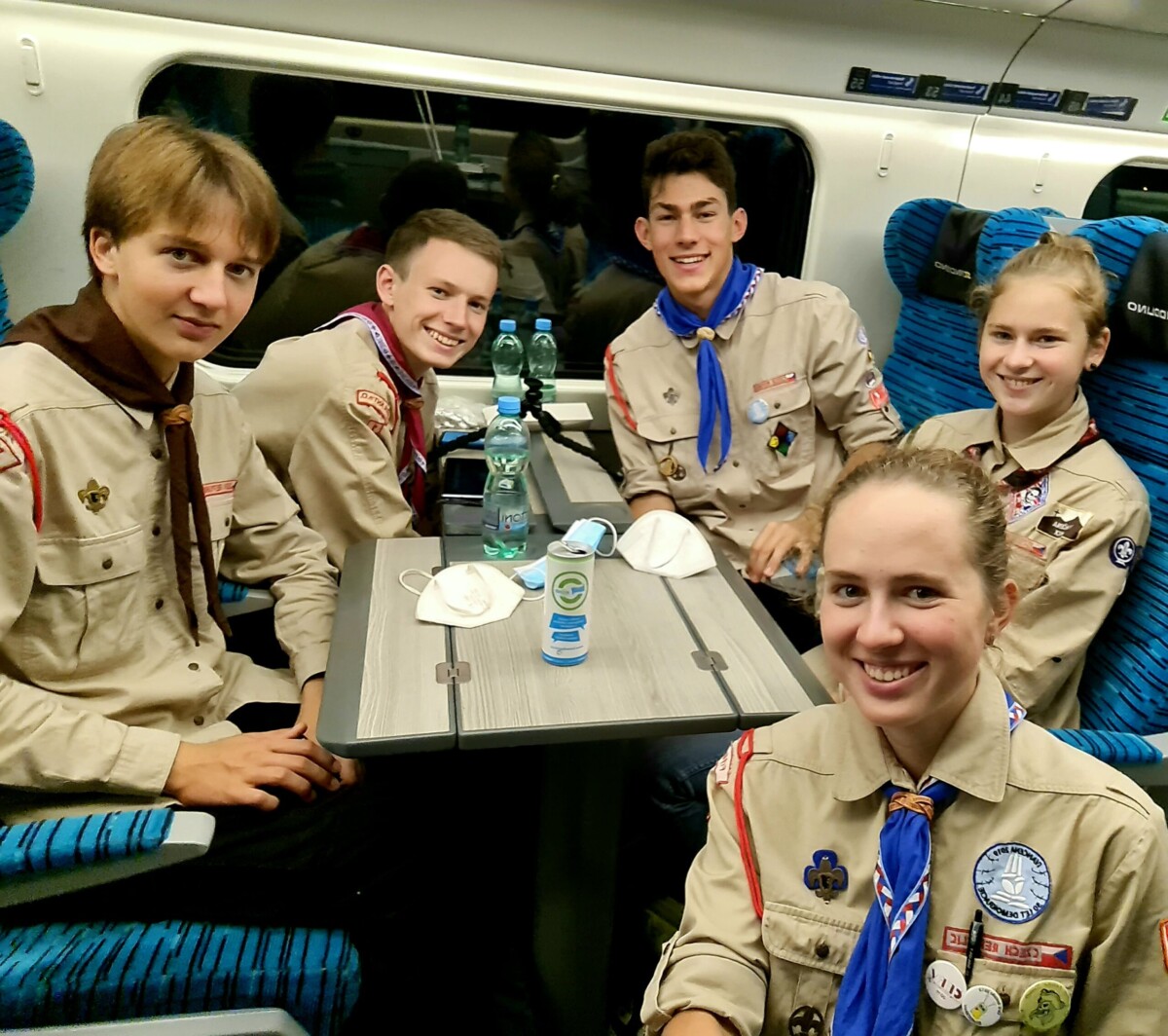 It’s not about the destination. It’s about the journey!